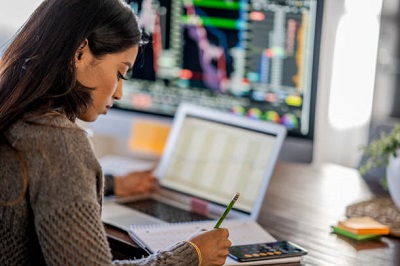 We all love trading and so sometimes it’s great to watch a movie about it too. Often the movies are far from reality and can be very comical but they are still good. We have put together our top 5.

The principal story takes place over a 24-hour period at a large Wall Street investment bank during the initial stages of the financial crisis of 2007–08. In focus are the actions taken by a group of employees during the subsequent financial collapse.

A college dropout gets a job as a broker for a suburban investment firm, which puts him on the fast track to success, but the job might not be as legitimate as it sounds.

Some of the scenes in the movie have been used endlessly on the internet in different ways since. Classic scenes like Ben Afflecks speach below.

All about an algorithm builder Haim Bodek AKA The Algo Arms Dealer. That name is well known in the trading industry. Haim started his own high frequency trading in 2007 and things were going great for him till one day it stopped working.

About Steve Cohen and his life. Steve is a hedge fund manager and runs S.A.C. Capital Advisors. The movie talks about in 2010 how SAC was caught insider trading and fined $1.2 billion.

We have all seen this one 🙂 So this needs no explanation.

Which ones have you seen? Are there others that we need to add to this list?