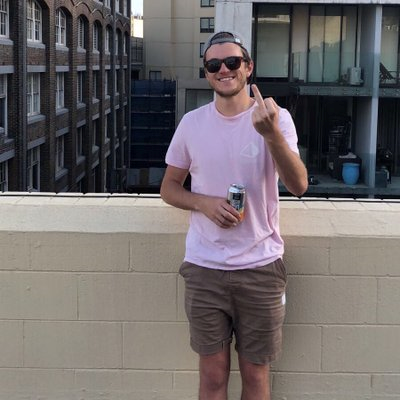 Nick’s results have most traders downunder in Australia shocked and thinking he is a fake trader. $1 million dollars in profits in just 2.5 years!!

It’s easy to see that this would create a lot of attention but also skepticism.

Nick posts his daily profit snipped straight from his brokers trading platform.
He trades CFD’s with FP Markets and the screen snip is definitely from their platform. Most days he will average over $2,000 profit before brokerage. He does say that his brokerage does add up and that this can end up being about 25% of his gross profit. Nick starts each month free with $100k in his trading account. With CFD’s this can be leveraged up to 20x but he never really leverages to more than about 2x account balance. Nick gives little away about his trading style, but why would you…  If you are doing well and aren’t trying to sell any kind of product or course you would be fucking spastic to give your technique away. He does say that he builds his “stocks in play” lists from news catalysts by using the asx news feed in spark primarily.

He has let slip that he often scalps and mostly short. He uses iguana’s spark platform which is great for viewing live depth visually and also shows aged volume in the depth very clearly. He will use this to find walls of depth in the volume and rest up against these to obtain very low risk entries. This creates great expectancy for every trade he places. This basically means that his ‘risk’ is so small that his profits greatly exceed his losses. Nick has stated in podcasts that given the option between losing a leg or losing spark, he would happily lose a leg. That gives you some insight to how important spark is in his trading style.

Watch this interview of Nick by Aaron Fifield of the Chat With Traders Podcast. It will give you some good insights into how Nick trades.

Have a look at Nick’s latest interview with another great Aussie trader Savilian. It discusses a few of Nick’s recent trades including one of his single biggest losses ever on a trade. The Bryce that they refer to all the time is Bryce Edwards. A great ASX trader and great guy all round.

If you are looking to read the tape when trading this list is a must know.