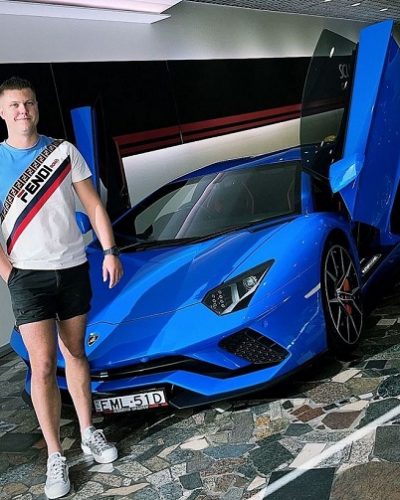 You will find Tyson on Instagram @ asxwolf_ts Yes, his instagram handle has changed since the various questionable reports of his conduct were screenshotted.

His Instagram reads: Trading Markets 10 years ✍️
“Making money in the stock market is not a big deal Keeping the profits long term and not giving them back is key “💼

Broke And On Centrelink

So he has been trading since around 2010? Before that he owned a few successful subway franchises. Then he ended up broke and on Centrelink (based on court documents filed) in 2019 but in 2020 he somehow has heaps of money? Tyson has received all his recent money from selling his "learn to trade" course. But does he have results of his own? He has blown up all his trading money between 2010 and 2019 and yet you want to give him your money to "teach you"? Does he have any longer term results? All we have been presented with is him showing off returns on a 1 cent stock going to 3 cents and him ramping it at that price and meanwhile he was selling out to those people. As proven by his posts of his "total profit" and "holding value" after the company released some bad news. After the bad news the stock went from 3.7c to 2c in a couple of days. Was he tipped off? Did he tell anyone else he was selling? If you play these low price penny stocks you will lose soon enough. Some will work out in a bull market but when the market turns you will lose 50% of your money in a couple of days. Rampers focus on these low price stocks as they often have low volume so they can easily buy and then get a few followers to buy and ramp the stock price up to sell into. Here in the US you don't get away with it for long. It seems in Australia you can do it.

Tyson has posted that he has purchased a Lamborghini Aventador for all cash in April 2021. Assuming that is true???? Then that means he has made a fortune from selling courses as in Australia these cars are insanely expensive and would require about $1.5m earnings before state and federal taxes? Assuming he pays taxes? That is a whole lots of earnings in the space of a little over a year!!!

On Instagram he posts pictures of an amazing lifestyle including designer clothing and cars.. most of which are not his. This might be enough for you to think he is mega rich. He never posts longer term results. He will occasionally share a big buy or sell order but never his account balance and p&l movement. He just makes it look like he makes lots of money from trading. But we have now found out he was 100% broke in 2019.

If his Instagram didn't look cringy enough then his Twitter username of asxwolf_ts will certainly fit the bill.

So based on this you should probably think twice about consulting Tyson for trading/investment advice or taking his course.

Even the mega famous YouTube channel named "coffeezilla" has done a video on Tyson. It's named "The Stock Guru Who Can't Pay His Mom, But 'Needs' The Lambo".

Tyson has featured in 2nd position in this YouTube video by Pabilto's Way titled "These scammers will scam anyone". The description of the video states "What type of person would scam their own mother? Find out in this video!"

You can guess who that comment was aimed at.

Tyson's Mum Sues Him To Pay Her Back

Tyson has featured in a few articles on Daily Mail. One of the most legitimate news companies in the world. The articles describe how he couldn't pay his mum back the $750k he owed her cause he had to maintain a "rich instagram lifestyle". Then he said he was on Centrelink benefits and had an income of 22 cents a week. So he is a rich trader but broke? Then he uses his "fake" lifestyle to sell his "courses" and gets rich that way. If he was such a good "trader" he wouldn't have been broke. But he will tell you he learned from going broke and it make him a better trader now. And yet he is buying 1 cent stocks and pumping them on Instagram. Lucky for him the regulators, ASIC in Australia aren't like the SEC here in America.

Tyson Loses His License For Hooning

Tyson has been driving a yellow Lamborghini huracan lately with number plates "asx bull". The car was involved in some hoon offenses in September 2020 and has been impounded by police and Tyson's license suspended. Here in the US we get away with a lot more of these types of offenses but in Australia it seems police do a lot more. Read this article for details. Data gathered by Stock Swami on Twitter.

Here is Tyson in a promotional video for DSI Capital.

On November 16, 2021 Tyson's home was raided by the Australian Federal Police (AFP) and the Australian Securities and Investments Commission (ASIC). It is not known what this was in relation to as yet but it ties in with raids in Sydney and Perth related to the stock broker EverBlu's offices. EverBlu does a lot of work with small cap stocks (penny stocks) and is a main player with Creso Pharma (CPH), a medical marijuana stock. This is a stock that has frequently been posted about in Tyson's social media on Facebook and Instagram. Will this raid lead to fines and even possibly jail time for Scholz? Only time will tell so stay tuned for more news.

EverBlu's director Adam Blumenthal has recently made the news as his wife Annabelle Shamir (he most likely funded it but for asset protection purposes) purchased a $30m home in Sydney Australia. One of the most expensive cities in the world for real estate.

Our friends FBE Capital @FinanceBanking9 on Twitter have put together this fantastic video detailing his life and various "indiscretions" till now.

If you are looking to follow some good Aussie traders then have a look at Nick Fabrio and Bryce Edwards.