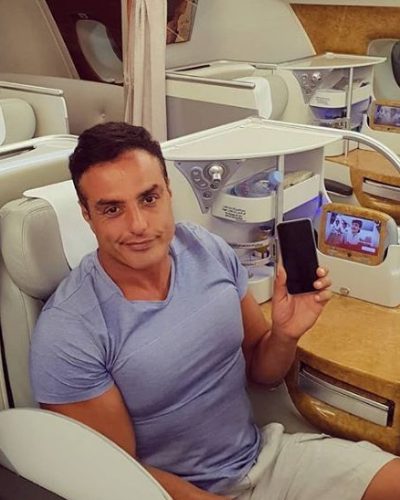 In 2018 Assad Tannous celebrated his 20 year anniversary as a fulltime trader.

5 years from a home office.
10 years in an office with a dozen mates.
1 year at Oracle Fund.
4 year at Asenna.

Assad is often referred to as at ‘twitter trader’ given he has over 40,000 followers on there. You can follow him here > AsennaWealth

For the ‘trader lifestyle’ posts you can follow him on Instagram @ assad_tannous and watch his insta stories there.

He is head trader and founder of Asenna Capital.
One claim to fame is two top 10 finishes in the 2007 and 2008 is the CMC trading competition. To do this not once but twice shows that he definitely has some trading ability. He posts a few trade setups on twitter too so you will learn a bit following him. Assad’s net worth is currently around $700k due to going through two divorces that have costed him dearly.

It seems, based on an Australian Financial Review article that Assad and his girlfriend Eunice Wong have been doing a little more than trading. They have been getting paid BIG $$$’s to promote stocks. Yes, kind of like Jordan Belfort did in the Wolf of Wall Street. It is a real thing. Companies need people to take up (buy) their stock and they are willing to pay promoters (social media famous people) money to get their stock taken up.

If you are looking to follow some good Aussie traders then have a look at Nick Fabrio and Bryce Edwards.